Kyon has found himself dragged through many adventures as of late—all because of the SOS Brigade club and its excitable leader, Haruhi Suzumiya. He has stopped believing in the supernatural long ago, but after being forced to join this club based solely on that, he has seen things that cannot be explained logically. Joining Kyon on his various misadventures is the shy and soft-spoken Mikuru Asahina, the bookish Yuki Nagato, and the ever-cheerful Itsuki Koizumi. Whether it is summer vacation or a school festival, things involving their club and Haruhi herself always end up becoming strange. [Written by MAL Rewrite] 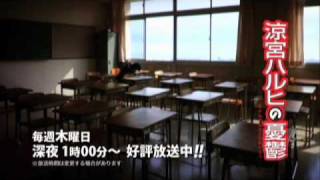