It has been one year since Tsukune Aono enrolled at Youkai Academy, and since then his life has taken an interesting turn. In addition to being the only human at a school for monsters, he has attracted a bevy of beautiful women who want him all for themselves: the sexy succubus Kurumu Kurono; Yukari Sendou, a witch; stalker and yuki-onna Mizore Shirayuki; and Moka Akashiya, a kind vampire who, when her rosary is removed, reveals a darker personality. But soon, trouble visits Youkai Academy in the form of Moka’s younger sister, Kokoa Shuzen. She is furious that her “true older sister” is sealed within Moka’s rosary, and vows to bring out Moka’s darker self. However, Kokoa’s thoughtless actions may affect more than just her sister… [Written by MAL Rewrite] 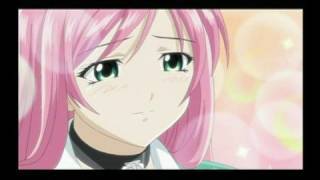