Alfred Izuruha is a 10-year-old who lives in the neutral colony cluster of Side 6 and, like most boys his age, is obsessed with the war between the Earth Federation and the Principality of Zeon. Unbeknownst to him, Al’s next-door neighbor, Christina, is the test pilot of a prototype Gundam being developed in secret by the Earth Federation in the colony. A Zeon Special Forces team is assembled and tasked with infiltrating the colony in order to either steal or destroy it.

When a skirmish breaks out between the Federation and infiltrating Zeon forces, the fascinated Alfred stumbles upon a Zaku mobile suit that has been shot down, piloted by Zeon rookie Bernard “Bernie” Wiseman. After this encounter, the two start a mutual friendship, so Alfred can learn more about the war that interests him so much, and Bernie can acquire inside information about the colony to aid his team’s mission. 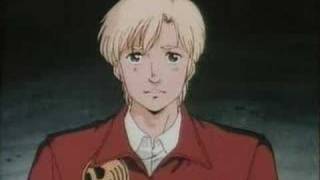 The King of Fighters: A New Beginning (Digital) Vol.04

The King of Fighters: A New Beginning (Digital) Vol.04