While the two six-episode installments were previously slated for late 2017 to early 2018, the staff announced at the panel that they are both slated for 2018 with a break in the middle. The two seasons will have completely separate stories. The staff previously announced that the 12 episodes will be a sequel to the 2000-2001 original video anime. First Season titled FLCL Progressive and the Second Season titled FLCL Alternative (Source: ANN) 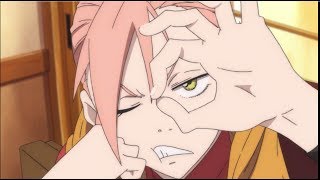