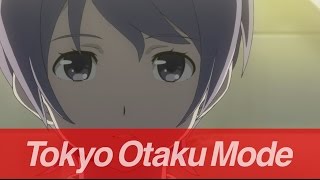 Shokugeki no Souma: Ni no Sara

Shokugeki no Souma: Ni no Sara