Two years ago, Junichi Tachibana had a date on Christmas Eve but was stood up instead. Since then, he has had a hard time showing others his true feelings in fear of being rejected again. However, as luck would have it, Junichi may have a second chance at love when he meets several girls whom he becomes romantically interested in: Haruka Morishima, the energetic and popular upperclassman with a love for cute things; Kaoru Tanamachi, his childhood friend who harbors secret feelings for him; Sae Nakata, the timid transfer student who is shy around men; Ai Nanasaki, a girl on the swim team who has a bad first impression of Junichi; Rihoko Sakurai, a childhood friend with a love for sweets; and Tsukasa Ayatsuji, a seemingly perfect class representative who has a hidden dark side. As Christmas Eve approaches, Junichi can only hope that this will be the year he will finally spend the holidays with the one he truly loves. [Written by MAL Rewrite] 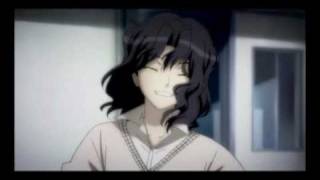