Yuusuke Yotsuka has always disliked Tokyo, but he especially hates the people who live in it. He would rather thrive in a virtual world than try to get along with those around him. At the end of one school day, he sees the popular athlete Iu Shindou talking to Kusue Hakozaki, who spends less time in school due to illness. But when he looks away from the two and back again, they have seemingly disappeared. Mere moments later, Yotsuya enters a state of free-fall, and the world begins to change around him. Dropping into a large pool of water, the first thing he sees when he comes to his senses is an assortment of enormous monsters. He soon finds out that he has been brought into a game world by Shindou and Hakozaki and that he must complete a quest within 14 days. There is one thing that separates this world from the real world: anyone who dies will be brought back to life in 30 seconds as long as one party member is alive. Tasked with numerous quests that increase in difficulty over time, Yotsuya, Shindou, and Hakozaki attempt to discover the mystery behind the perplexing game world. [Written by MAL Rewrite] 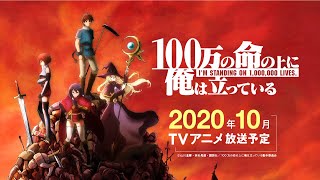